A few words from Churchlady: Federalist and Constitutional Originalism 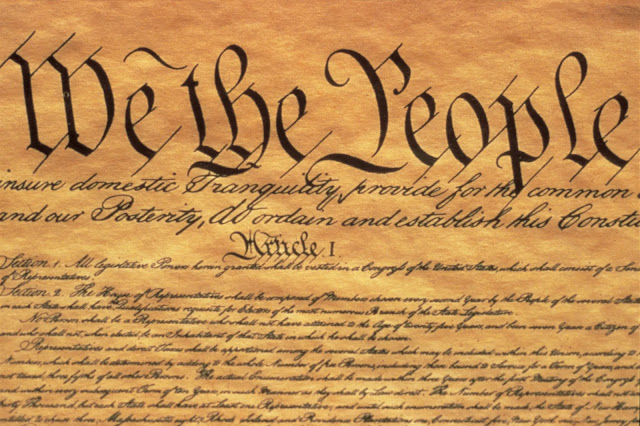 Well hello friends. LL here.
Today we have an amazing piece by our own Churchlady, where she lays out some knowledge on "originalism," the hot old song of the rabid right which led to the Dobbs decision overturning Roe. Do give her a listen.
***
So, here’s the thing. We have new activist justices on the Supreme Court. They are activists, what they declare to be a horror in moderates and liberals, because while they pretend to be “originalists” about the Constitution, they are in fact making up both fact and legal process. They are as far removed from the Constitution as most anyone could be and still pretend to be American legal practitioners.

American law is founded on Common Law that goes back eons in Britain and that was brought to the English colonies from Jamestown on. Common Law broke with the law embraced in Continental Europe that placed all legal power in the hands of legislatures. Common Law allowed challenges to law to proceed from the courts alone, and that gave the ordinary person access to remediation outside the rigid confines of legislatures that may or may not have been friendly to workers, peasants, minorities, women, anyone. One could reasonably argue that such access accounts for far fewer uprisings against government in British-based circles than anywhere else in Europe and beyond. Common Law is very much the people’s law when we act on it. That is a good thing unless you’re a devoted elitist or autocrat.

It's not anarchy. Precedent has to find roots in the past decisions and core principles laid out in both the Constitution and earlier legal decisions. It must remain reasonably consistent with them in reinterpretation. For example, expanding voting rights to people of color required previous expansion beyond the propertied. Propertied rights had to be expanded during the colonial and early federal period to include not just land but personal property vested in the “tools of the trade” most males and some females acquired in apprenticeship. Expanding that right to the unpropertied had to rest on voting as a human right. In sum, all voting rights build on existing rights that go back to the Magna Carta itself based on arcane Common Law. It’s not as if someone decided to let dogs vote. There is zero precedent for that. Common Law is never radical departure from precedent as some have avowed. It’s a reinforcement of those rights for new groups, new circumstances.

The conservatives dislike that expansion. They wish a more European and less British Common Law view of law-making that rests solely in Parliaments and other national legislative bodies. That view repudiates democracy and the “one person, one vote” ideal we have fought to achieve and have, for the most part, obtained. Democracy is anathema to elites, to would-be ruling classes. This lies at the heart of the Federalist ideal that we see working today. With Legislative dominance and a highly restrictive access to voting, the elites will secure and keep power almost eternally.

What makes this clear is in the radical departure the current SCOTUS has made from precedent and from reference to law and Constitution. Note that in the leaked version of the decision one assumes will overturn Roe this week, Justice Samuel Alito cited two wrong things as foundational principles for this revision.

First, he asserted that there is no precedent for the legalization of abortion, that it was always criminal until 1973. Nothing could be further from the truth. Dating from the earliest days of English Common Law, abortion was legal. It was determined, even given early lack of biological understanding, that there was a distinction between a woman being “merely pregnant” (first two trimesters) and being “quick with child” or viability. This early Common Law was, like much of early legal understanding, derived in some part from Biblical authority on this, as several parts of scripture refer to life beginning at ‘first breath” in Genesis and Ezekiel. The demarcation on when life begins – and thus society’s need to intervene on its behalf – was grounded in centuries of seeing what was and was not a viable birth as well as the general standards of legal morality. Ironically the distinction between being “merely pregnant” and “quick with child” bore on capital cases. If a guilty woman was “quick” she could not be hanged for a crime until after the birth. If she was “merely pregnant”, she could be.

Roe v Wade was written with a reference to this ages-old understanding of when life begins legally. It is at viability. Therefore, Roe permits abortion the first two trimesters and asserts a governmental oversight only in the third where it is prohibited save to protect the life of the mother. Common law at its best.

Thus in England and the North American colonies, abortion was accepted and legal from time immemorial. It was revisited in 1834 in a Massachusetts inheritance case, Hall v Hancock (32 MA, 255, Pick. 255 (1834)) that restated the American Common Law principles of when life began. To assert, as Alito did, that abortion was always criminalized is absolutely without legal foundation.

Second, Alito uses, as his validation, the words from 17th century English barrister Matthew Hale. Hale was indeed an influence on the interpretations of Common Law, but his diatribe against abortion and women was not that. It was his personal opinion, nothing else, and that view never found its way into the law until, perhaps, now. It is shocking and deeply worrisome that something so egregiously not even based in law would be employed to justify a massive change in the whole of our law. Using someone’s personal belief is not now nor never will be a lawful way to make judicial decisions.

While we all decry the ruling, let’s pay attention to the methodology underpinning the ruling. This is a radical departure from our law and tradition in America. It is nothing less than an evisceration of everything we’ve held dear about American law. That is what, to me, is so scary. It is why we should all be deeply worried about these extremists and their new power.
Labels: Dobbs originalism Roe v Wade